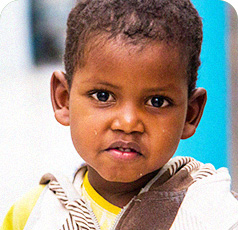 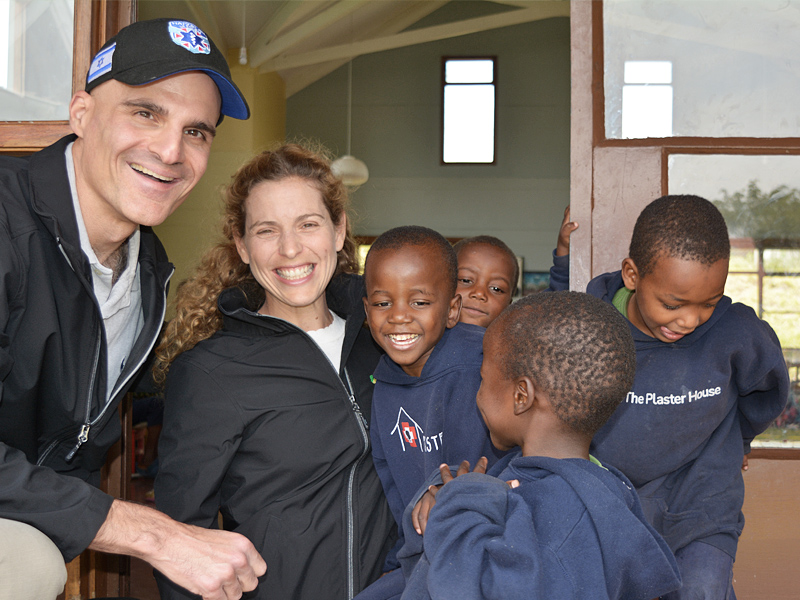 Thanks to the generous support of our Co-Founders, Rabbi Erica and Mark Gerson, AMH has established the Gerson-L’Chaim (“To Life”) Initiative. This initiative was launched in 2016 with our initial Rabbi Erica and Mark Gerson L’Chaim Prize for Outstanding Christian Medical Missionary Service. The annual L’Chaim Prize of $500,000 is the world’s largest annual award dedicated to direct patient care; the recipient is selected by a panel of leaders in African clinical medicine. The Initiative includes the L’Chaim Prize, an annual $500,000 award given to the winner’s institution to support transformational medical projects. AMH’s Mission Hospital Teaching Network is also a component of the L’Chaim Initiative. The MHTN brings together like-minded institutions committed to significantly expanding their training capacity. AMH’s MHTN includes signature 10-year, $2.5 million grants to hospitals in Kibuye and Malawi to enhance sustainability and expand medical educational programs.

The L’Chaim Prize not only provides important resources for the selected Christian missionary and the hospital he or she serves but also creates a pipeline of future high-impact investments. For example, nearly all of the grants made as a result of our recent AMH-Christian Broadcasting Network (CBN) Matching Campaign were previous finalists for the L’Chaim Prize.

The L’Chaim Prize is the first facet of our vision for the Gerson-L’Chaim Initiative. In the future we will add other strategic investments such as the development of a Mission Hospital Teaching Network; projects focused on critically needed housing; and the expansion of our management advisory program—all focused on improving the sustained impact of the mission hospital sector.

Since the inception of the L’Chaim Prize, AMH and the Gersons have recognized three outstanding Christian medical missionaries and their hospitals. 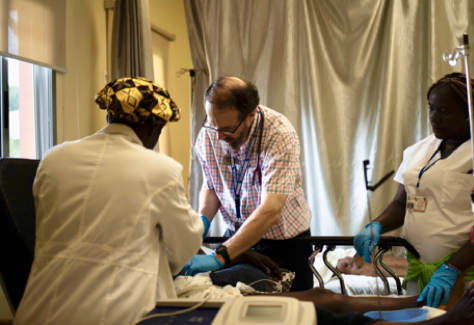 In 2014, at the height of the Ebola epidemic, Dr. Rick Sacra, serving with the mission SIM, voluntarily cut short his leave in Massachusetts to assist his colleagues at ELWA Hospital in the capital city of Monrovia, Liberia.

As others cared for victims in the Ebola Treatment Unit, Dr. Sacra helped to keep the rest of the hospital open for other forms of care. While delivering a baby to a sick mother, Dr. Sacra contracted Ebola. Evacuated to a special facility in Nebraska, thankfully he survived and then shortly thereafter decided to return to Liberia to help the country rebuild.

Dr. Sacra has served in Liberia for over 20 years. When civil war drove many Liberian refugees into the neighboring Ivory Coast, Dr. Sacra, his wife Debbie, and their children moved to a remote region to serve the refugees. The Sacras then returned to Liberia when the war ended.

Explaining his motivation for returning to Liberia, Dr. Sacra told Time Magazine, “God led me to become a medical missionary many years ago. The passion that motivated me then is still the one that motivates me now: ‘Love your neighbor as yourself.’ To see people’s lives enriched through better health and the experience of God’s love is still what drives me.”

The $500,000 Gerson L’Chaim Prize award will be used to develop health workers and improve hospital infrastructure at ELWA Hospital:

She Survived a Fire. Now, She’s Being Given a Second Chance at Life. 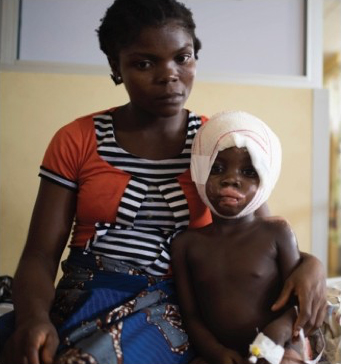 Serafina’s photo and story are included with the permission of her mother, Tariza

Her eyes are so big. It isn’t so much their size on her tiny face as the way they seem to swallow you up, and the whole room too, when she turns them on you. A whole world’s suffering could fit in those eyes.

Her head is wound securely in a gauze bandage — under her chin, over her ears, around her skull. Only her face shows —her burnt, healing, pink lips and those eyes. When I first met her, her tiny legs dangled off the edge of the bed, a good foot above the floor, stripped of their skin in square patches of pink across her upper thighs, where the doctors took it to graft onto her scalp. Her name is Serafina and she is barely three years old.

Tariza, her mother, is only 26 years old herself and has two more little boys at home a few hours away. She sits on the bed beside Serafina, describing the day when she was out of the house on an errand and Serafina, feeling chilly, went to sit near the fire and fell in.

Serafina came to ELWA Hospital after traveling for several hours, her little face and head covered in third-degree burns, with complete loss of her skin down to the bone. Doctors had to remove the top layer of the bone in her head, to support a skin graft. The images from the operating room that day are searing: a huddle of white coats clustering around the tiny little form on the white bed, her entire skull gleaming red. Overall, Serafina has had 11 trips to the operating room for procedures including the debridement of her burns, grafting of her scalp and shoulder on three different occasions, and changing her dressings under anesthesia on another half dozen occasions.

Moving forward, the doctors say the skin will continue to mature and the bone will eventually be normal, but that will be over the next year or so. While the remaining journey for Serafina is still quite long, thanks to ELWA she has the second chance that many in Liberia only hope for. 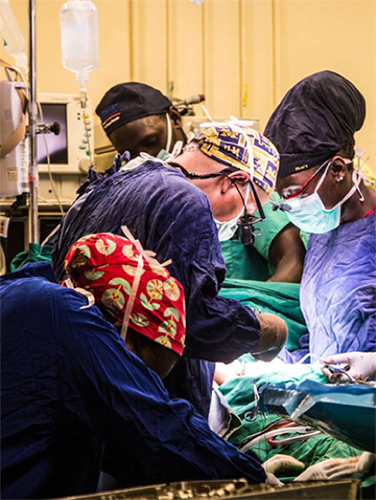 The Prize also served as a catalyst for other investments. During last year’s L’Chaim Prize dinner, Samaritan’s Purse committed to raise $4 million for the cardiothoracic center. Additionally, $300,000 from 2018’s matching gift campaign conducted with our partner CBN and a total of $200,000 from two other generous ministries, Lakewood X ($100K) and Joyce Meyer Ministries X ($100k), have been committed to Dr. White’s vision.

Since the prize was awarded, the first heart surgery fellow has begun training, AMH has procured medical equipment, and ground-breaking for the new facility is planned for April 2019. 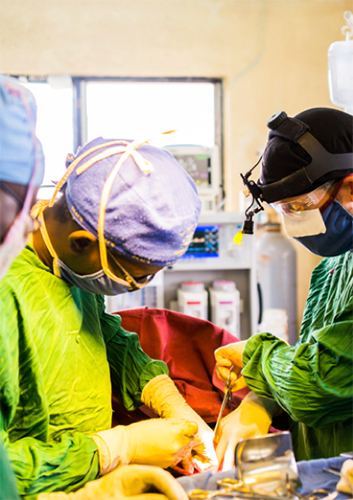 Dr. Fader—a son of a medical missionary, serving on a team with American physicians in Burundi, the poorest country in the world—was able to bolster his work with $500,000 from the first-ever Gerson L’Chaim Prize.

“To move forward, to provide higher volume and better quality care, and to train more national healthcare workers, we have to expand the hospital,” said Dr. Fader, who intends to serve in Burundi “for many years to come.”

Funds from the Prize completed a 48-bed surgical ward so patients can sleep one-to-a-bed. Hundreds of patients have benefited from improved fracture care; and the balance of funds will provide additional housing and support medical internship training. Additionally, $310,000 from 2018’s matching gift campaign conducted with our partner CBN has been used to install solar power at the hospital, providing much more stable and affordable electricity.