Bracing for the Coronavirus in Kenya

Africa’s health systems are ill-prepared for what the Covid-19 threat. 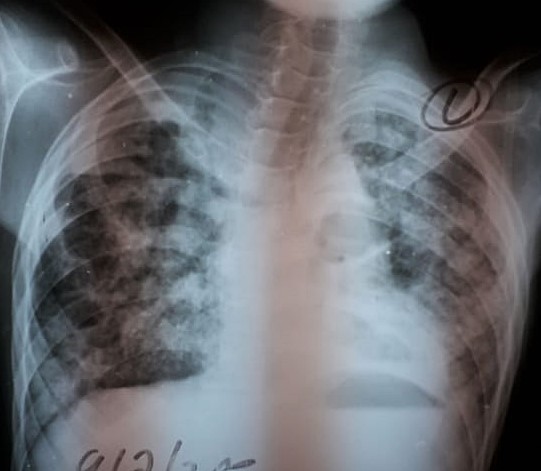 Three weeks ago at Maua Methodist Hospital in Kenya a one and a half year old baby was admitted with months of fevers. A pediatrician some hours away had been caring for him, so we had little knowledge about what had been done previously. The child developed seizures and then suffered a respiratory arrest.

The team was able to resuscitate him and insert a breathing tube. Although spontaneous breathing had returned, a nurse was augmenting the patient’s efforts through “hand-bagging.” The situation was dire. Maua does not have mechanical ventilators outside the operating theater, nor does it have an ICU. It just isn’t equipped to care for very sick children needing these services.

I suggested that the team call Kijabe Hospital, which has an excellent pediatric ICU and where AMH provided a pediatric ventilator last year, the unit’s third. Kijabe had no room. Finally, one private hospital in Nairobi said it had the necessary facilities available, but of course both insurance payments and the ambulance (a seven hour ride) had to be arranged. The child died before the transfer could be effected.

In another country, one of our partners had to rush a woman to a larger government hospital for surgery. On arrival, there was no oxygen at the facility. (The patient ultimately died, perhaps for other reasons.) Dr. Paul Farmer has written recently about the neglect of the “district hospital” (akin to an American community hospital) in poorer nations, many of which lack basic services like clean water and oxygen therapy.

If we don’t have these capabilities available now, what will happen if and when the coronavirus spreads throughout East Africa? From afar, we have watched with alarm as the pandemic threatens advanced health systems and economies. Kenya has seven confirmed cases, all imported or related to these index patients. So far, no known “community spread” has occurred, but we are bracing for the worst.

The coronavirus (technically, the SARS-CoV-2 virus) disproportionately threatens older patients, while Kenya and other African countries have young populations. So there may be some protection. Some observers speculate that the warmer weather may slow the outbreak, although parts of East and Southern Africa become quite cool in June and July.

Kenya has one of the largest HIV epidemics in the world, with 1.6 million infected individuals. We don’t know yet how Covid-19 may impact this vulnerable population, but the fact that influenza hits HIV-infected patients harder is a worrying sign. Around the world, few serious cases have been recorded in children under 10 years of age. But what about if infected children are malnourished?

Last week I was consulted about an 18-year-old man with proven tuberculosis who was breathing around 40 times per minute and had very low oxygen levels in his blood. (Fortunately, the hospital does have supplemental oxygen available.) The chest x-ray (below) shows massive lung damage and probably what we call “bullae” or “pneumatoceles,” air pockets bulging in areas of damaged lung.

To get to this stage, the TB must have been active for many months, meaning that the patient went undiagnosed and untreated, either because he did not seek care or outside health providers did not make the diagnosis. I have seen both scenarios occur many times. In fact, Kenya only diagnoses 40% of its TB cases, the rest becoming progressively sicker and continuing to spread the germ. Since many patients who survive TB are left with lung damage, including conditions like emphysema, we can add hundreds of thousands more to the list of those vulnerable to Covid-19.

If tuberculosis, an old and well-known disease, is not diagnosed correctly and promptly, how can we expect Covid-19 to be identified rapidly? If the pandemic reaches Kenya and other African nations at scale (and the term “pandemic” suggests that development is possible, despite the aggressive action taken by the Kenyan government), most of the cases will be diagnosed “empirically,” that is, based on suggestive clinical signs and symptoms.

Northern Italy is inundated with cases of the coronavirus, overwhelming one of the richest regions of a Western nation. The crude case-fatality rate for confirmed diagnoses as I write this post is around 8.5 percent. The crush of patients, combined with illness among health workers, means some of the afflicted simply are not receiving adequate care. An Italian doctor at ground zero reports: “We’ve stopped all routine, all operating rooms have been converted to intensive care units and they are now diverting or not treating all other emergencies like trauma or strokes. There are hundreds of patients with severe respiratory failure and many of them do not have access to anything above a reservoir mask.* Patients above 65 or younger with comorbidities are not even assessed by intensive care units. I am not saying not tubed [not intubated and put on a breathing machine]. I’m saying not assessed.”

Writing in The Atlantic, Professor Youscha Mounk reports on a triage document formulated by a group of Italian anesthesiologists. Recommendations include judging the risk of survival and the years of life the patient may have remaining before utilizing scarce medical resources. The authors draw on basic utilitarian principles: “Informed by the principle of maximizing benefits for the largest number, the allocation criteria need to guarantee that those patients with the highest chance of therapeutic success will retain access to intensive care.”

In Africa, doctors have been making these kinds of decisions forever. I helped start and run the ICU at Kijabe Hospital, and the inpatient ward we opened in Malawi was a de facto “high-dependency” unit (something like an American step-down or progressive care ward, a level below an ICU). I probably took 750 night calls covering Kijabe’s ICU. We made rationing decisions every day. Who gets the ventilator? Can we afford this level of care, or will “throwing everything” at this case mean we cannot treat thee others, or cannot pay suppliers this month?

The patient with multi-system organ failure from uncontrolled bacterial sepsis simply had too low of a chance of survival to justify the exhaustion of limited resources, chief among them personnel. The young man hit on the head when thrown from a motorcycle? Two days on the ventilator and he can probably go on with his life. Last year two kids in the Nuba Mountains required advanced surgery available in Kenya. The costs of transport and treatment were just too much given the other needs at the hospital.

In Malawi, our public HIV clinic provided “core” essential services for free. In a country with a per capita income around one dollar per day, charging for even “cheap” life-saving care has been associated with much higher death rates. To balance the budget, the clinic had a set formulary and roster of lab tests which physician assistants could order. If something more was needed, either the patient had to pay, a senior physician had to approve, or the patient went without that medicine or test. The system worked well. The greatest good for the greatest number. As one visiting resident from UCLA medical center once observed, “It’s amazing how much you can accomplish with so little.”

We would, of course, love to have more resources. With the developed economies struggling to provide protective equipment and roll-out testing, I fear for the Kenyas and the Malawis of the world. During the Ebola epidemic, at least as many people died of other treatable illnesses as the routine medical system ground to a halt.

Will the “tsunami” overwhelming Italy become a flood covering Africa?

* By reservoir mask he means those oxygen masks you see on television with the large bags hanging at the bottom. The reservoir of pure oxygen is separated by a valve from the mix of room air and carbon dioxide which might dilute the oxygen concentration delivered to the lungs when the patient breaths. In Kenya, patients would be fortunate to have this mask which is routine in the West. In the past I ordered in bulk from Amazon in the US and carried in luggage, allowing us to save lives in Malawi.