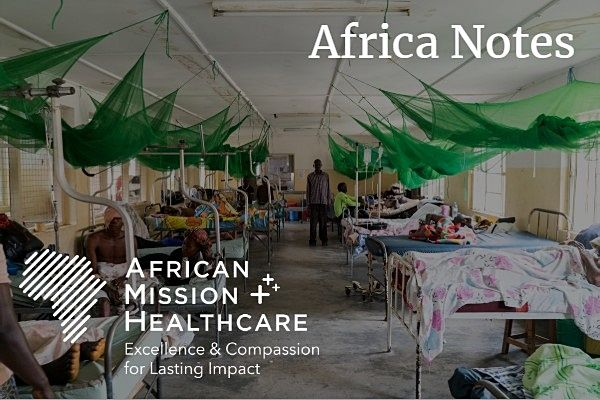 Despite a serious childhood illness, Samuel* beat the odds and entered college. Financial and social stressors forced him to drop out. When his mother shared her concerns about his mental health, I connected Samuel with Millicent, a counselor and colleague.

I hadn’t spoken with my former patient for many years. Millicent thought it would be helpful if we met. From conversations with his mother, I knew things were difficult and that money was tight.

“How are you supporting yourself now?” I asked.

“Odd jobs. I edit photos. Do some writing.”

Surprised, I pressed for details. “What kind of writing are you paid to do?”

He looked mildly uncomfortable. “Mostly academic writing.” Really? How are you paid? “In dollars through PayPal.” Understanding dawned.

“Look, I am not going to judge you,” I started, “but are you saying that you are writing papers for American college students?” A dam burst. He and Millicent laughed. That was it. He received less than $100 for doing an entire semester’s work. That’s a lot of time, and $100 is a fraction of what the student (or his parents, or the US government) is paying for the credit hours. I estimated the rate at less than a dollar per hour. That money doesn’t go a long way in central Kenya. Plus, he has to pay for internet. He was always behind on rent, owed people money, and moved back home with his mom.

The digital age meets Dickens. Now that Kenya is entering its Dickensian phase of development, extreme rural poverty and starvation, while certainly not eradicated, are not nearly as pervasive as they once were. Yet a new, often landless urban class faces dim job prospects.

In 2020 a woman with diabetes was admitted to the Covid ward with severe pneumonia requiring weeks in the hospital. After insurance paid a small amount, she was left with a $1,000 bill. In the past family members would bring the title deed to the hospital as surety until they could pay off the balance.** She and her husband owned no land. They rented a small room in a Nairobi slum for a few dollars every month. No family came to visit. 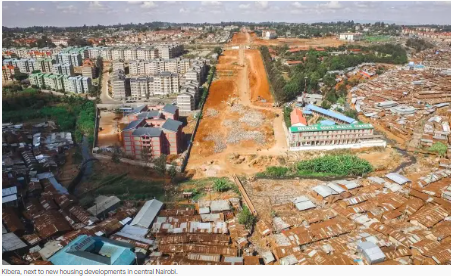 “Welcome to the new Kenya,” I told the team. This scenario will only become more and more common. The days of going back to the village and farming a small plot are fading into memory.

Is this Dickensian era, like it was in Europe, a transition to a middle-class economy?*** Or is it, like Orwell described communism, a “boot stamping in the human face–forever”? I don’t know. Some think that industrial jobs will never come to Africa at scale. Others are more optimistic. Either way, the Dickensian phase will last decades, or longer, and will be marked by those same 19th century European ills: grinding poverty without a homestead, pollution, dirty water, consumption (tuberculosis), crime, anomie, and inequality.

There is a famous drone photo showing the stark separation between a Nairobi slum on one side (where toothpaste is bought by the squeeze) and a golf course on the other. A Kenyan friend lamented to me, “We know we can never cross over that wall.”

My commentary could go in a variety of directions. (Why do people go to college if they can’t or won’t do the work?) What has stuck in my mind is the distance travelled by Samuel. Two decades ago, we fought an acute, pitched battle to keep him alive. What he would do in his 20s never crossed my mind.

Now he is surviving by covering for incurious students in America, who apparently cannot conceive of how fortunate they are. Samuel does what he must just to eat. He would much rather be doing something else. Judge not, lest ye be judged.

Another lesson here: Anyone who believes human potential isn’t equally distributed around the world really ought to re-think that position. Samuel (aka American college student Zoom #176902) got an A in “his” last college course.

A BBC reporter documented the exploitation of Malawian children for a bizarre money-making scheme in China. The incidents took place not far from where I used to visit HIV-infected patients in their mud-brick homes. One grandmother lamented that the whole world had taken advantage of just how poor they were. Digital humiliation in the toxic, globalized, liquid post-modern stew of Dickens and social media.

But that poverty is not one of spirit. During the height of Covid, when Nkhoma Hospital faced an existential financial crisis, a call went out to local Malawian churches for help. The congregants came up with $13,000. “Jesus looked up and saw the rich putting their gifts into the offering box, and he saw a poor widow put in two small copper coins. And he said, ‘Truly I tell you, this poor widow has put in more than all of them’” (Luke 21:1-3).

In his moving memoir The Tears of a Man Flow Inward, Pacifique Irankunda recounts growing up in Burundi during civil war. He shares a traditional cultural blessing:

I have cautioned against romanticizing traditional rural village life. Spending hours every day hauling water, or futilely hoeing marginally fertile land, is not something idyllic paintings convey. Once, as I beheld a gorgeous view of the Great Rift Valley from a lovely home garden, one of my patients could only remark, “It is remote”–meaning hours by foot to the hospital or nearest market. In the Nuba Mountains, it’s not uncommon for a pregnant woman to die on the road walking miles to the hospital.

Still, the modern Westerner, like those geo-arbitraging**** their way through college relying on Samuel’s cognitive labors, would do well to contemplate the lines of that Burundian blessing and ask, “We have cows [wealth]. What might we lack?”

For what shall it profit a man…

** The hospital never sold the land. It had no right or interest in doing so; however, neither could the family sell the land nor borrow against it until the balance was paid and the title redeemed. Occasionally, Westerners criticize African hospital fees or payment plans. One wonders what plan these critics have for keeping the lights on. In our setting, we often make 2 + 2 stretch to 5, 6, or even 7, but not to 23.

*** Geo-abritrage: Taking advantage of a mismatch in the cost of something between two disparate geographical regions. Smart people cost less in Kenya. Mediocrity in another country can take advantage of this fact.