Sister Dr. Priscilla Busingye is a top-level OB-GYN and a specialist in urogynecology. She travels around Uganda surgically repairing hundreds of birth injuries every year.

Sister Dr. Priscilla Busingye is a top‑level OB‑GYN and a specialist in urogynecology. She travels around Uganda surgically repairing hundreds of birth injuries every year. She is now the president of the national association of gynecologists, but she imagines herself as having a job at the airport. New people are always arriving in her hands, whether it is babies being born and taking their first breaths, or mothers undergoing life‑changing surgery and waking up to a new reality. They arrive in the labor ward or the surgical theater and Sr. Priscilla believes these places are critically important because it is where everyone forms their first impression of the world. 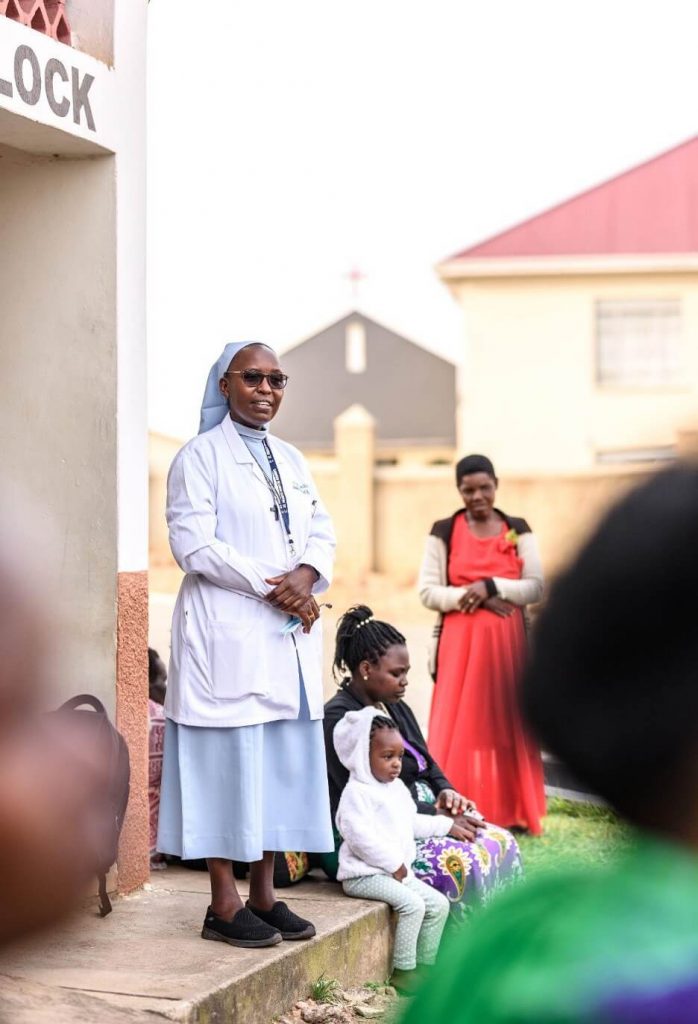 “This is where we should have our best (work) done…It must be exceptional. It must be very good, because you know this is where the babies are going to hear their first words,” Sister Priscilla explains, laughing at her own airport analogy. The midwife should say “Oh, welcome to the world, we thank God! God bless you.” The environment itself should be warm and clean. It’s an amusing idea, imagining Sister Priscilla at the airport, wearing either her white habit or green scrubs, holding a sign with your name on it, and helping you carry your bags to the car. But it also sums up a vision of care that she takes very seriously. “Once there are good first impressions, I think everything goes very well,” she says.

How Sister Priscilla became the servant and medical professional she is today involves multiple epics that she waves off with “that’s another long story.” What is interesting is that she has acquired an exceptional level of skill alongside a set of priorities that seem unexpected in discussions of healthcare for the poor. In such discussions, experts talk about data. They focus on daily caloric intake rates and tiny percentage changes in per capita GDP. It’s all rather sterile, which makes sense considering how serious the task of alleviating poverty is. But Sister Priscilla, who is on the frontline of treating the poor, cares about things that can’t be measured or may seem secondary. She wants to provide things like dignity, customer service, and encouragement. She serves hundreds and hundreds of people every year, but wants to provide more than just a statistical improvement.

How did she end up caring about the small things? It starts with the belief that medicine can’t possibly do enough for people. “Medicine on its own without going beyond what we see is not helpful enough,” she says. “Medicine means for me giving holistic care…it is about asking ‘How do you feel? How is your home? What are the things surrounding your situation?’ Because medicine is not about the sickness only – there are so many causes of things,” she explains. The intangible, underlying conditions are important to her, and she noticed a lack of attention to those causes when she first started working in a hospital. The health facility did not have enough basic equipment, including surgical gloves, but the overworked staff was also short on kindness, and their attrition rates were high. Many people would be horrified at the lack of gloves and focus solely on that problem, but Sister Priscilla saw both of those missing resources as problematic. “Over time I have seen things,” she says, “I’ve seen women in labor, and when I give them a good support, when I say ‘No, you will make it, you are good you are doing well,’ they hear me and they make it.” These intangible acts of care are powerful and she believes they can be given out by anyone. “Listening to people is greater than just giving them an injection and they go home,” says Sister Priscilla. “You treat a lot of people by listening, helping them, sometimes you don’t even need medicine to swallow.”

All of these observations have led her to dream of building up the health facilities that her order, the Banyatereza Sisters, have used to serve the region for the last 75 years. She is working to accomplish this dream now with funding from AMH, including funds from the AMH Gerson L’Chaim Prize that she won in 2021. Diagnostic equipment, a new health facility, housing for specialists, and water and power solutions are all part of the plan, but there is also a mentorship and training program that will include coaching in customer care. Sister Priscilla envisions mothers entering the hospital and immediately being greeted and shown where they should go. She wants mothers to be taken towards that are designed for privacy, instead of the maximum number of beds. Currently, she is talking with AMH about something she would want to call Care for the Caregiver, which would focus on caring for overworked, discouraged healthcare workers. In every way possible, Sister Priscilla’s goal is to provide care that is compassionate and respectful. Doing so, she believes, is consistent with her faith, and also the smartest, most effective approach to medicine. She also very much can point to her own numbers and statistics if someone insists on using them to measure success – she and her team recently performed 57 birth injury surgeries, working from 8:30am to 10:00pm, for three days in a row at Nyakibale Hospital. She was only told to expect 22 surgeries, and Sister Priscilla was still up at 5:00 AM every day for early morning prayer. 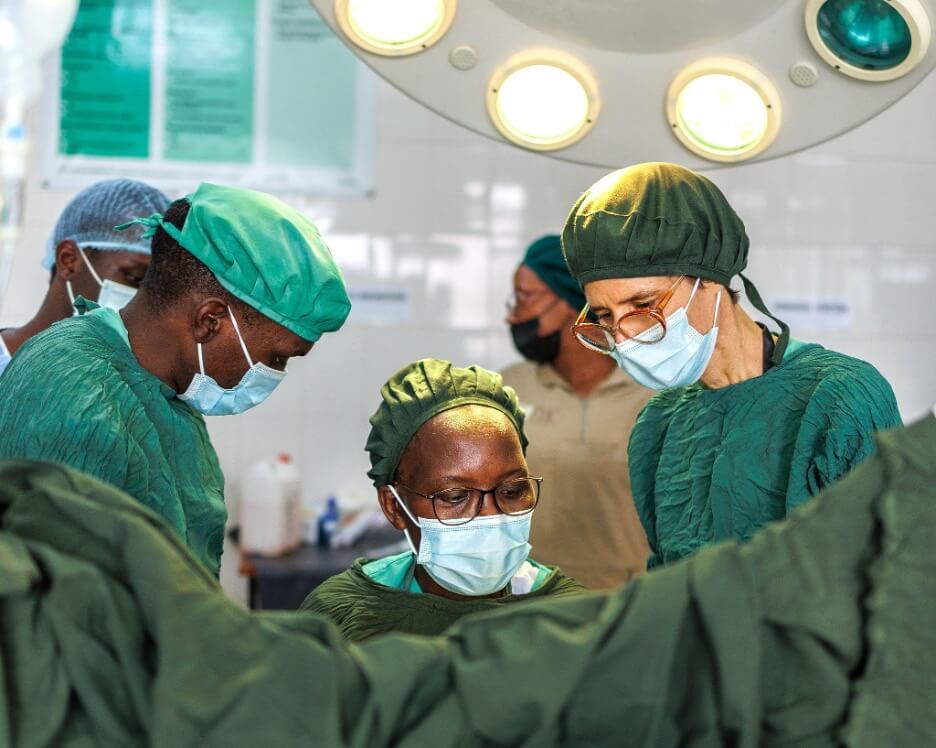 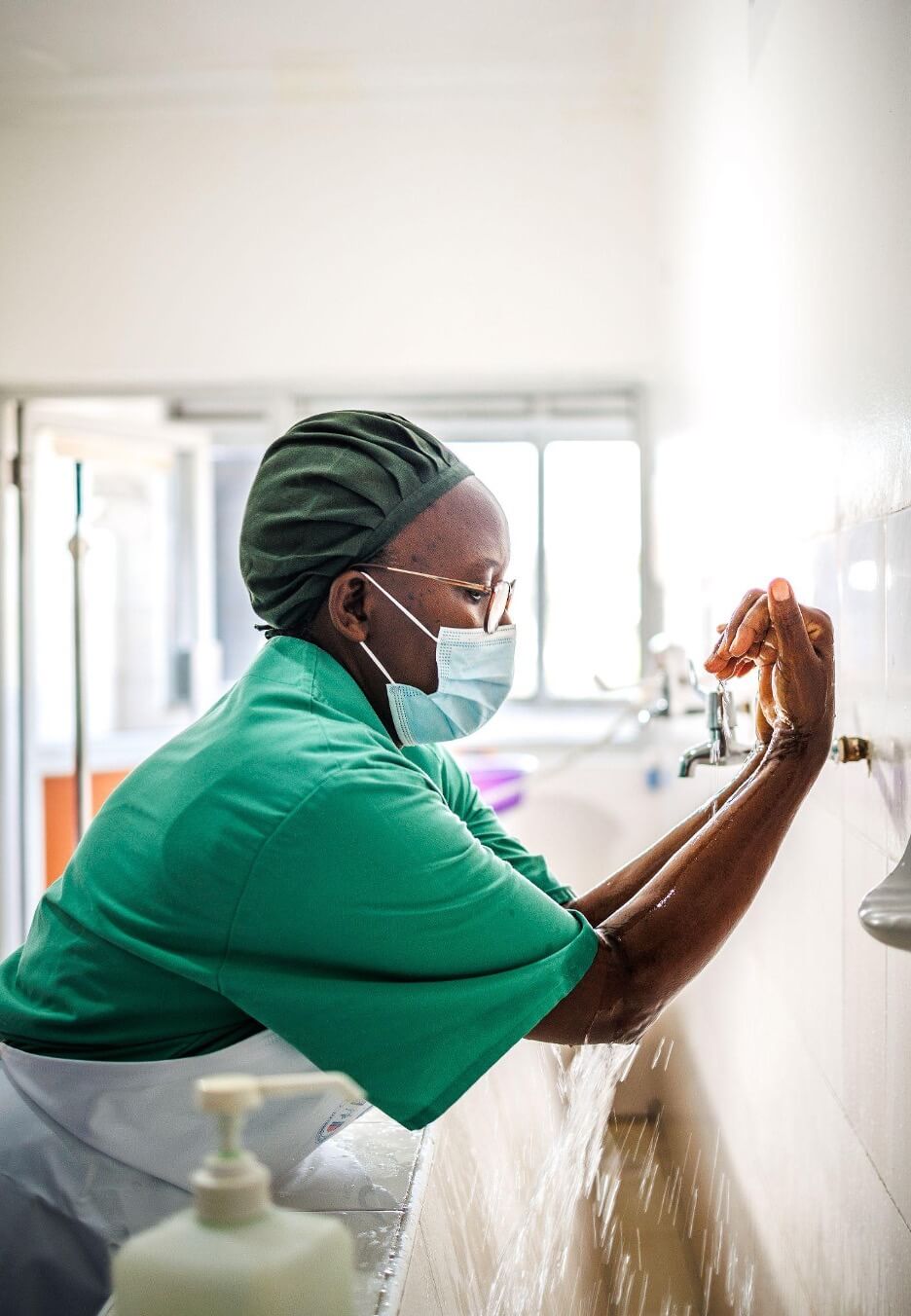 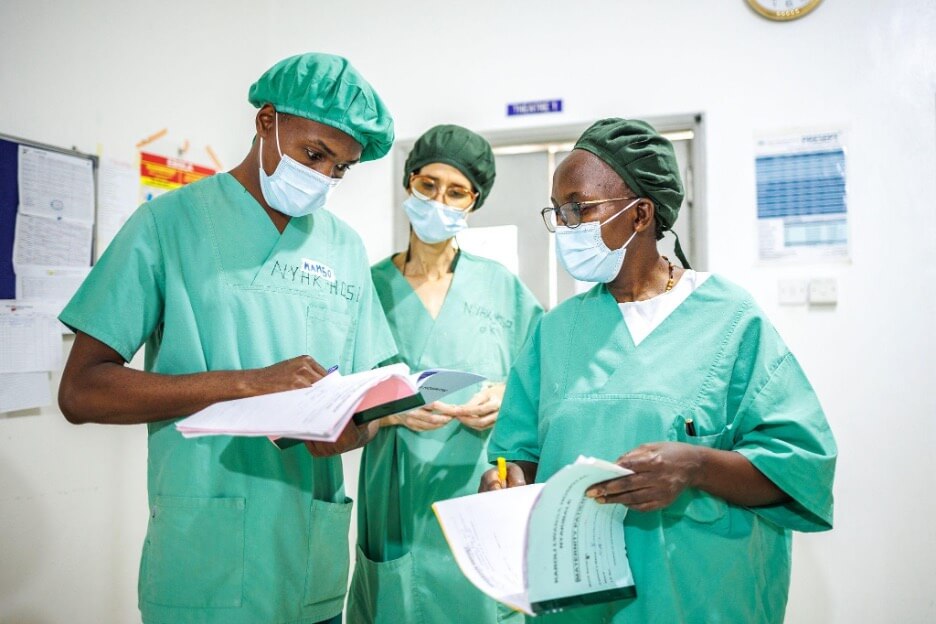 Listen to Zawadi’s story as an expecting mother in Uganda »