Stories Of Illness And Recovery From Kenya 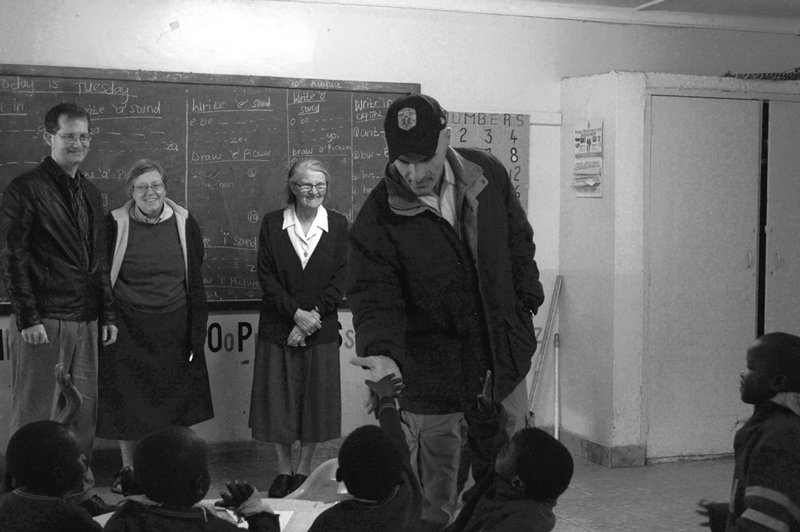 First in a series.

The human immunodeficiency virus (HIV) threatens its victims in ways far beyond the physical. In Kenya, the stigma surrounding HIV can have devastating results for individuals who could have otherwise pursued a normal life on antiretroviral therapy (ARV). This mini-series captures the stories of individuals who regained health and hope after receiving proper treatment and counseling. These clients come from two communities in which Dr. Jon Fielder administered the resources provided by AMHF Chairman Mark Gerson, beginning in 2002. Fourteen years later, Mark and Jon returned to grateful smiles and tears.

Sr. Eileen was full of warmth despite the frigid mountain temperatures. A look of knowing appreciation was exchanged between Sister Eileen and Jon; a look that a pair could only understand when they have lived through something greater than themselves. A shift took place as Sister Eileen shook Mark’s hand. Jon had informed Eileen that Mark’s generosity had made much of the care possible.

Sister Eileen was joined by her colleague, Sister Deborah, a woman as humble as the sandals she wore as she led us on a tour. Over the years, Thigio has grown from a simple hospice to include programs for education, special education, and vocational training.

Enthusiastic children greeted us with dozens of high-fives. In the bakery, we were teased by the smell of fresh mandazis (fried dough). Loud choruses were overheard from the elderly group. The whirr of sewing machines escaped from the women’s empowerment course. Everywhere there was an abundance of smiles.

We returned to the reception of the Hospice to find five women sitting shyly, awaiting our arrival. There was an air of nervousness as the women contemplated if and how to present their stories. Due to the remaining stigma in their communities, they were nervous to share their history with HIV. One by one, each woman, empowered by the others, began her story.

Mary* led the way, opening her speech simply, “I am born again.” She expressed the happiness she has felt since receiving help from Kijabe Hospital, where Dr. Fielder served from 2002–2006. At the time she began her treatment, she was bedridden and unable to work. Since then, Mary has been able to support her family and to watch her children grow up. Now she receives care close to her home in Thigio village.

Linda followed next, stating that she made the decision to get tested when her husband passed away unexpectedly. She did not fail to point out that Jon made every effort to ensure that patients could get to their clinics; going so far as to arrange transportation for them. Linda recalled that at the time of diagnosis she, “had no transport, no medicines, and no idea what she was going to do.” Like most Kenyans, she had no form of healthcare coverage. The resources provided by Mark restored her, both mentally and physically.

As each of the patients took turns speaking, one fact remained consistent throughout: not a single patient tore their eyes off of Jon or Mark. Had they not uttered a single word, the sincere expression on their faces would have communicated their gratitude.

Next up was Anna, a girl whose tumultuous path to recovery revived poignant memories for both her and Jon. Anna started slow, with her eyes darting around the room as she struggled to find her footing. She was, however, the only patient who delivered her entire message in halting English.

She turned to Jon and said, “you gave me the strength to live, to continue my life.” Jon folded his hands, closed his eyes, remembering the long four days during which she was hooked onto a Bilevel Positive Airway Pressure (BiPAP) machine, a type of ventilator, fighting for her life against Pneumocystis pneumonia. He took a deep breath, eyes locked on the ground, and burst into tears. Emma looked away, wiping her eyes. Nobody spoke for a long minute until Jon looked up with a smile and said, “Anna is here today because we had the resources,” gesturing to Mark. Fourteen years later and Anna is now in vocational college pursuing a certificate in hotel and catering.

Sister Eileen wrapped up our session with a few kind words, noting the gratitude felt in Thigio for Jon and Mark’s dedication. She stated that they simply, “could not have done this without them.” There has been a real change in Thigio. The clinic now provides lifesaving ARVs to 350 clients under the US PEPFAR program.

Maya Murao is a fellow for Watsi.org in Kenya, working with AMHF’s partner Hospital Support Organization. *Patients names have been changed; they provided permission to share their stories.

Watch: Dr. Tom Is Bringing Hope and Healing to 1.3 Million People in Sudan 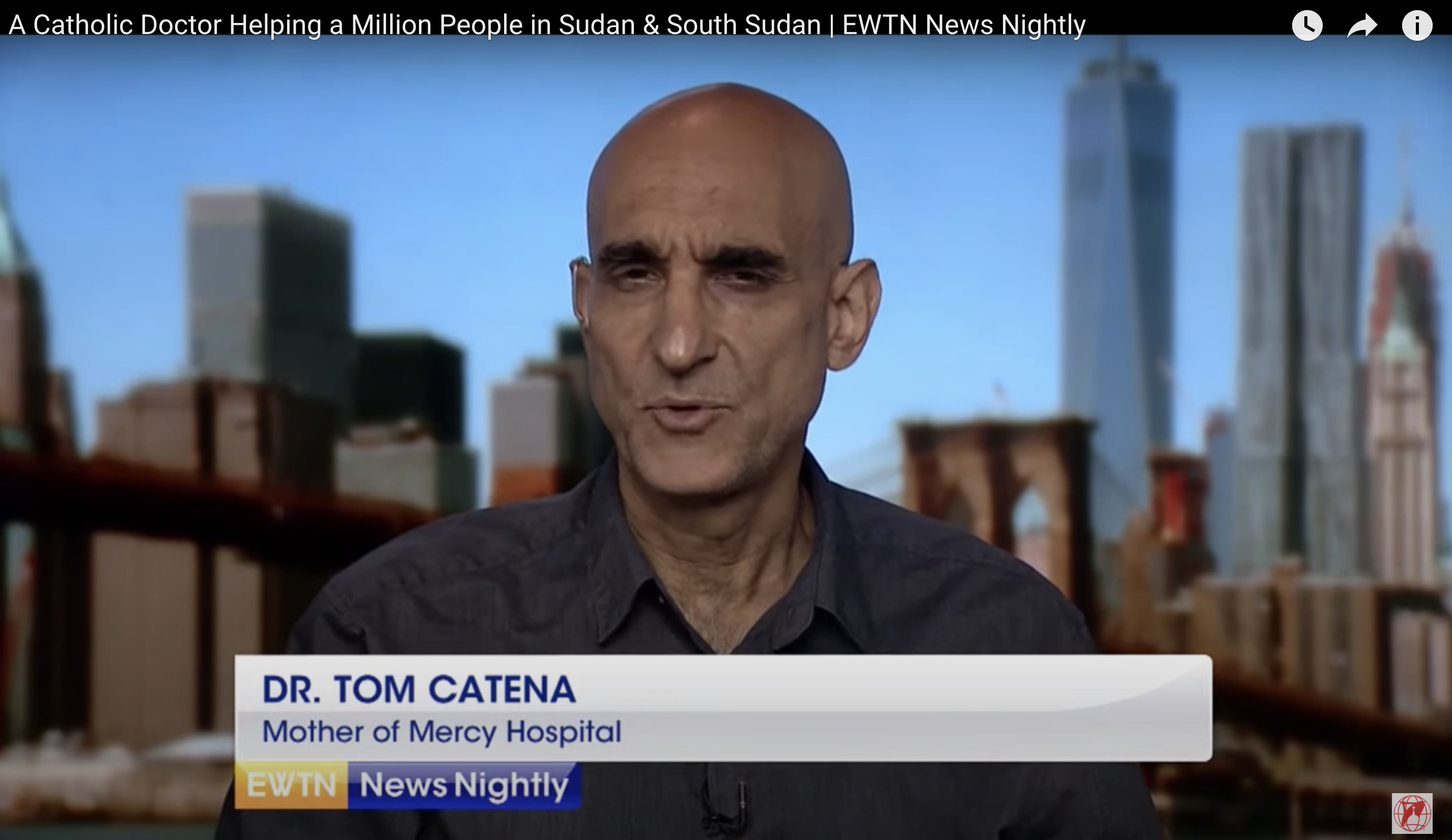 This week saw the unexpected passing in Rwanda of one of the true giants of global medicine, Dr. Paul Farmer, co-founder of the respected humanitarian medical organization Partners in Health and a pioneer in the treatment of tuberculosis and HIV in resource-limited settings. The entire AMH family extends its condolences to his family and colleagues. […]

Are you an experienced communicator and storyteller interested in telling the stories of medical missionaries and the patients they serve? If so we would like to talk with you! We need a full-time Communications Associate creatively gifted in marketing and storytelling to help tell the story of African Mission Healthcare (AMH). We’re seeking a highly […] 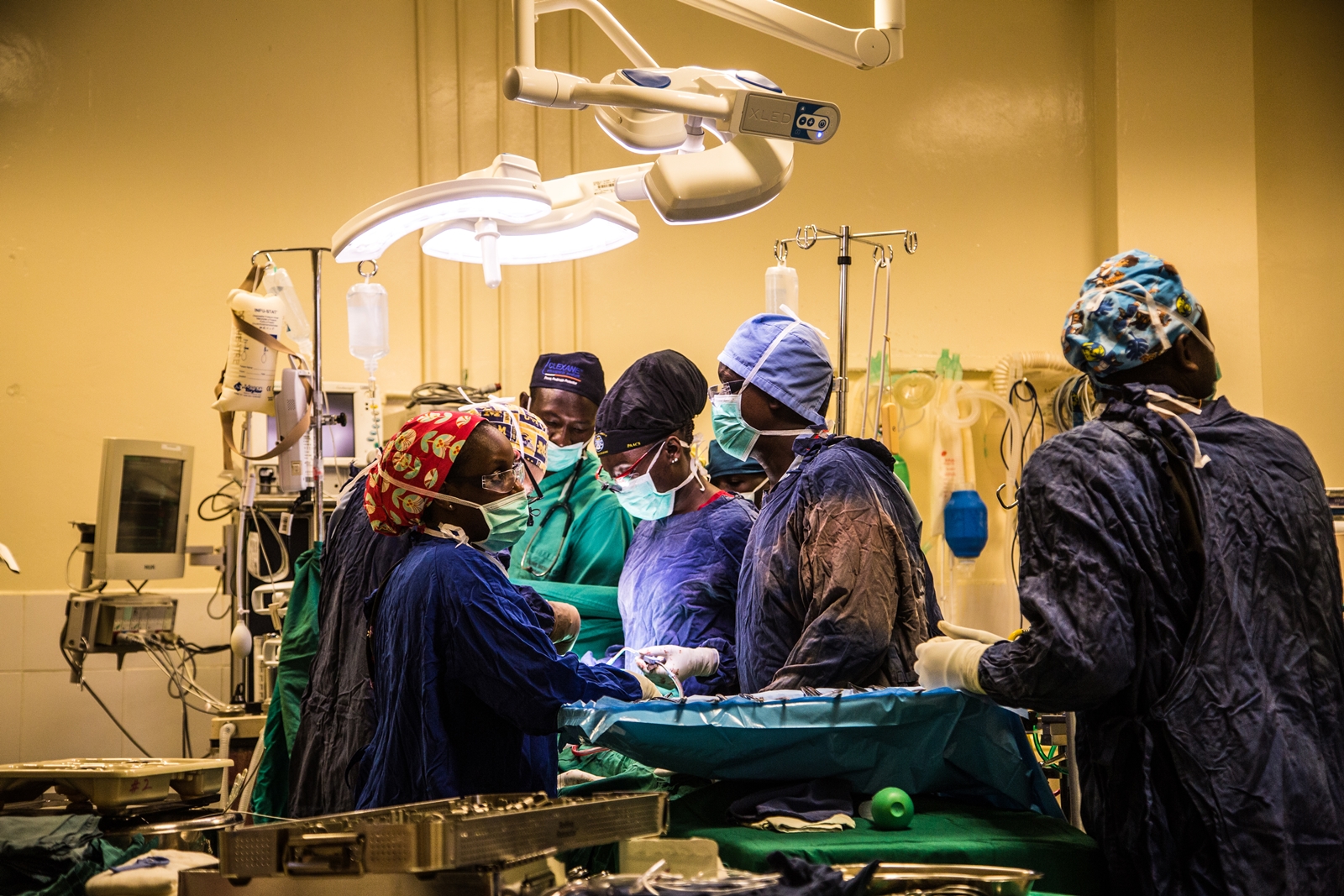