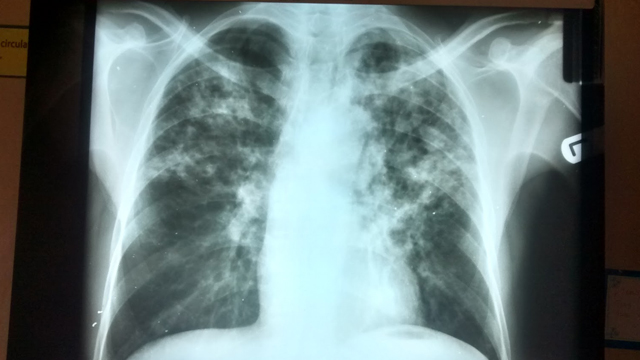 The lab and the “iron cage.”

“So, why was she admitted with severe anemia four months ago?”

The interns and I stand around a young HIV-infected woman who can’t decide if she wants to sit up or lie down. If she lies down, she can’t breathe. When she sits, her fatigue urgently overcomes her. Problem is, the bed is broken. And so is the other one. And the next is half-broken. We prop up the bed’s head–at least half of it–and move her.

Now she is too far from the oxygen. So I re-arrange the furniture and move the bed in halting steps, one end then the other, with the patient in it, toward the wall oxygen outlet–which is broken, spewing forth the precious gas like a fire hose. She can’t wear the nasal prongs. The pressure is too high.

I run back home and grab a special face mask. Now this is progress. The torrent of air fills the reservoir bag, the patient leans back on the half-broken bed, and finally she appears comfortable…

I am ahead of myself. Back to rounds. “Because she had TB then?” proffers the intern hesitantly. I smile and think, “Yes! Someone was listening to my prattling this week.”

The newly diagnosed and wasted patient most likely had anemia, and TB, and HIV months ago. She was not tested for HIV during her previous admission. Someone just assumed the low blood count was due to lack of iron or hookworm, and she probably went home after a blood transfusion, carrying a few vitamins.

The TB, undiagnosed, still spins around the blood, laying waste to the body’s red cells. Now the it is everywhere in her lungs, driving down her oxygen to dangerous levels. And what oxygen there is has little hemoglobin on which to ride to vital organs. Sadly, she passes on that same night. When ignored, all chronic disease like TB ultimately become acute.

If I have seen hundreds of people with the same condition, and I am only one doctor, then how many tens of thousands have suffered the same fate? And if many students and interns are largely unsupervised, then what does that fact imply? Who tells them that TB is the leading cause of severe anemia in HIV-infected Africans? Who tells them that not only can TB go on for months but that the average duration between the onset of symptoms and diagnosis in one study was a whole year? A year moving inexorably toward death. A whole year spreading this plague. An entire year of the health system missing the diagnosis. A South African doctor told me this same problem represented a fundamental failure of primary care in his country.

Down the hall is a university student who presented with severe upper abdominal pain and persistent vomiting for five days.

Her admitting diagnosis? The ubiquitous “gastritis,” or inflammation of the stomach. Everyone seemed content with this explanation. Gastritis is indeed common, usually caused by an infection. The water quality around Maua is poor. Still, five days and she looks like this, doubled over, retching inconsolably? I counsel the interns, “We should consider other causes.”

The hospital has a beautiful ultrasound machine but no technician to use it. We send her 90 minutes away to the nearest town where a radiologist uncovers cholecystitis. She is on the mend and will need surgery to remove her gallbladder. Thanks to AMHF, the hospital does actually have a surgeon.

These patients undergo blood counts, and liver tests, and electrolytes, and malaria smears, and often more. What patients don’t usually get is an integrated history and exam which tie into local epidemiology–a pattern-recognition process–to inform a “pre-test probability of disease” before any of these tests are even ordered.
The human brain is the most powerful machine in the universe–a computer still struggles to tell you if Teddy Roosevelt is sitting on your cat or not–but we have outsourced much of our thinking and decision-making to tests possessing questionable value, especially when divorced from the basic exam.

At least as important is the intuitive sense that “something just doesn’t fit here.”

“Pumua ndani.” Breathe in. The patient coughing blood, like all the others, stops, doesn’t breathe out again. “Pumua nje.” Breathe out. I wait. Patients here are so respectful of the doctor, they just keep holding their breath. “Pumua nje.” Breathes out. Waits. “Tena.” Again. Nothing. “Pumua ndani tena.” Repeat. It’s frustrating. Patients don’t know how to breathe in and out for a stethoscope. What does that tell you? 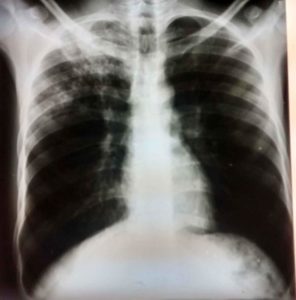 The classic findings of TB in the upper part of the lung. We suspected this x-ray based on the prolonged history of coughing blood.

The classic findings of TB in the upper part of the lung. We suspected this x-ray based on the prolonged history of coughing blood.

Recently a young man with jaundice had no idea how to lie on a hospital bed–even though he had seen many doctors before coming to Maua. In Malawi, I had patients literally get up on the examining table on all fours, like a dog at the vet. I felt terrible, the agent of their humiliation. “It’s because no one ever examines them,” a nursing assistant told me.

“I suggest examining their patients: listening to hearts and lungs, palpating abdomens, assessing extremities, pulses. This intimacy between a caring doctor and a trusting patient seems a time-honored, engaging and even useful way to cement the doctor-patient relationship. But, for many [medical students], this is a bridge too far. Students learn now on plastic dummies; their physical examination skills are poor to nonexistent. They are taught an almost slavish reliance on technology.”

A recent study found resident doctors spend five hours every day on electronic medical records, suggesting “slavish” is not an overstatement. No one gets paid for examining patients. Who needs a doctor when you have the lab?

A friend laments that rounds are often “sit down” at his hospital. The team and senior physician don’t routinely see the patients together. Another American tells me her primary care doctor of 25 years never even looks at her anymore. Click, click, click goes the mouse. Click, bill, click, bill. It’s called “meaningful use” of technology according to the policy wonks. But really it is the slow, agonized death rattle of a profession. It’s Max Weber’s “iron cage of rationality,” without the rationality.

How did we get to this point, that we traded treasure for a pittance?

Dr. Jon Fielder has served as a medical missionary in Kenya and Malawi since 2002.
He directs the African Mission Healthcare Foundation from Kenya.

Nkhoma and Kibuye Hospitals are the first two members of the L’Chaim Mission Hospital Teaching Network. 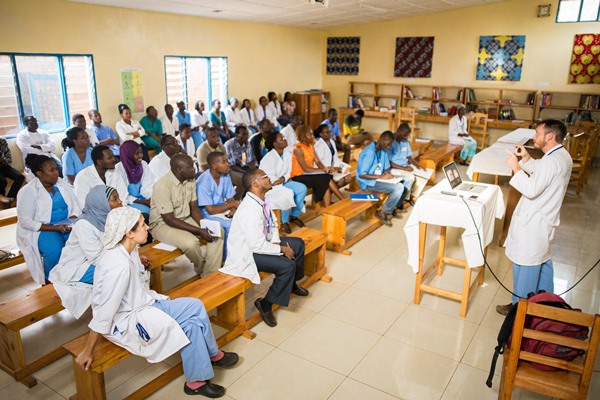 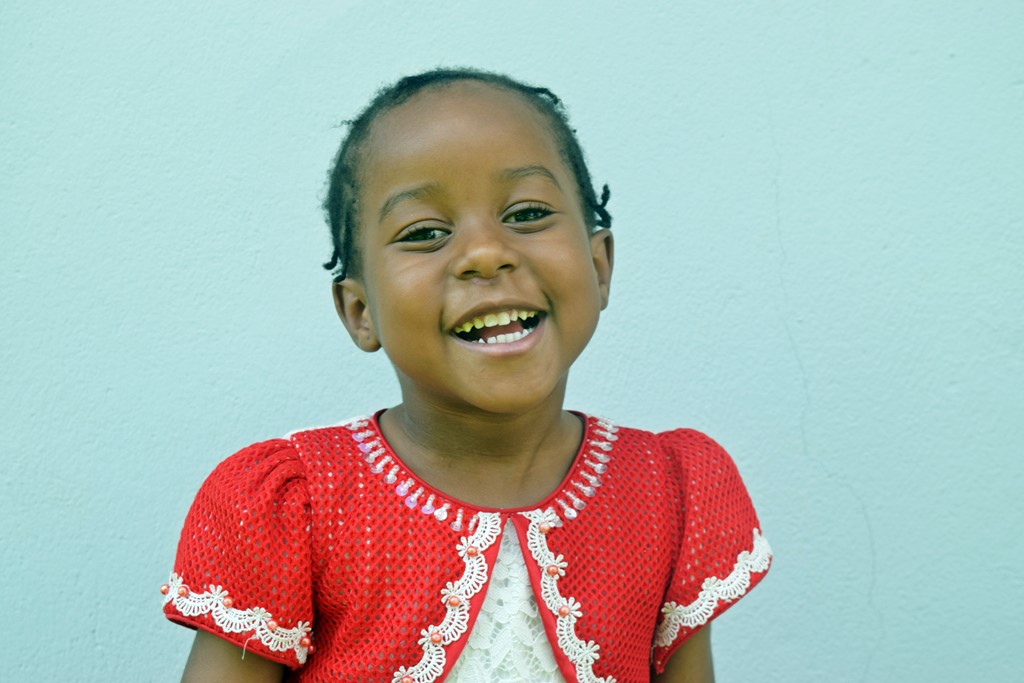 Combating the TB Scourge in Kenya

On a typical day, Kijabe Hospital’s outpatient department will be bustling with dozens of patients from across the country. 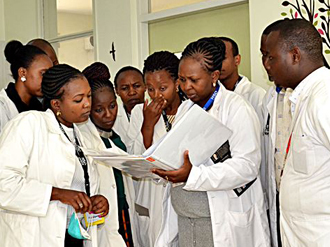